How Dan Snyder is Reshaping Culture at the Washington Football Team 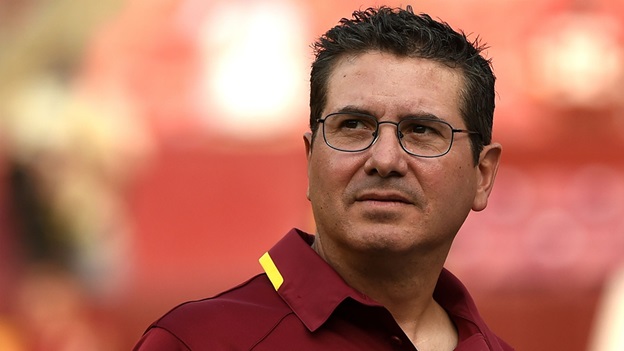 In mid-August, Washington Football Team owner Daniel Snyder named Jason Wright as the first Black president of an NFL team. Wright is currently navigating several major challenges: changing the team’s name, sexual harassment allegations surrounding members of the Washington Football Team organization, and the COVID-19 pandemic, which will result in football teams playing against each other to no live audiences this year.

Wright brings extensive experience to the position. He earned his MBA at the University of Chicago, served as a partner at McKinsey & Company, and played seven years in the NFL for four teams, wrapping up his professional career as a player with the Arizona Cardinals in 2010. He also assisted the National Football Players Association during the labor negotiations surrounding the 2011 lockout. In short, he is prepared to take on the many challenges he is facing.

In his own words, Wright says he’s ready to get to work. “It’s important to sit in the moment and recognize when you’re the first person of color in anything, it should be recognized but not necessarily for you or me but people like Rod [Graves, Executive Director at the Fritz Pollard Alliance Foundation and former General Manager of the Arizona Cardinals],” Wright said. “When you’re a Black player, and you see a Black general manager, subconsciously, it opens up the possibilities in your mind of what you can be as a leader.”

As Wright becomes the leader of Dan Snyder’s franchise, he aims to learn from players, fans, sponsors, and community leaders in D.C., Virginia, and Maryland to understand what the Washington Football Team is – and what it needs to become. Wright spent over 36 hours talking to Dan Snyder and his wife Tanya about what it will take and what it will mean to lead the Washington Football Team and the incredible opportunity at hand.

Dan Snyder has entrusted Wright with leading the Washington Football Team based on his extensive experience on the field and in business, and Snyder hopes that Wright’s transformational approach will change the culture of football for good. Experts believe that Snyder will give Wright the time he needs to make major change, and his former managers and business partners have praised his results-driven mindset and ability to navigate tough situations of all kinds.

In an interview, Wright explained his management and leadership approach: look to the guidance of smart people, build a great team, and create a culture of equity, inclusion, and inclusive growth. He also added that in his conversations with Dan Snyder, they were able to speak transparently and openly about the tough topics and mistakes they had made in life, and the incredible power they have to make real change and transform the Washington Football Team together.

Wright’s former teammates emphasize the fact that he was always willing to do the work, his “impeccable integrity,” and his highly intentional approach to engaging people and building relationships. His goal is to use these talents to create trust-based relationships among everyone within the Washington Football Team organization, empower all voices – and especially womens’ voices – when making critical decisions around the franchise, and using setbacks and challenges as springboards to make better investments and strategic decisions.

Now in Washington and with the support of owner Daniel Snyder, Wright is talking to as many people as he possibly can in these first 100 days. He aims to understand what culture looks like at the Washington Football Team right now – and chart a course toward lasting, meaningful, beneficial change for everyone for decades to come. The Most Trusted Online Poker Bookie Gambling Game in Indonesia 3 Hobbies To Pick Up as an Adult Including Sport What Must You Keep In Mind When You Choose Golf Socks? The best online websites to bet on your favorite sports team